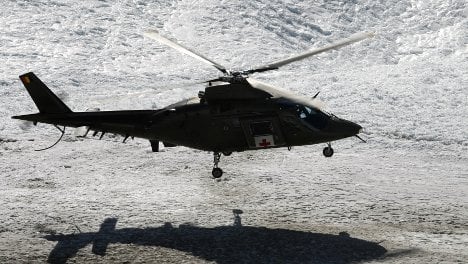 The €556 million ($753-million) deal to buy the luxury AW101 helicopters for use by Indian political VIPs came under scrutiny in India earlier this year after Italian investigators began looking into allegations AgustaWestland paid bribes to win the 2010 contract.

AugustaWestland, which has denied the bribery accusations, said late Friday it had requested talks with Indian authorities to "resolve the issues confronting us and to allow the Indian armed forces to receive the equipment they need".

"Regrettably, there has been no response from India's MoD (Ministry of Defence)," Britain-based AgustaWestland, a unit of Italy's Finmeccanica SpA, said in a statement.

The "need to resolve this issue has left AgustaWestland with no other option but to invoke arbitration through counsel, the next step prescribed by the contract", the company said.

"This is not a step we take lightly," it added.

There was no comment immediately available from India's defence ministry.

Soon after the arrest of Finmeccanica's former chief executive, Giuseppe Orsi, in Italy over the case, Indian Defence Minister A.K. Antony suspended the payments to the company and threatened punitive action against the firm if any wrongdoing was uncovered.

While India has already received three of the choppers, Antony halted delivery of the remaining nine helicopters.

The choppers were expected to fly such dignitaries as India's president and prime minister.

In winning the deal, AgustaWestland beat out the S-92 helicopter of US-based Sikorsky Aircraft Corp, a unit of United Technologies Corp.