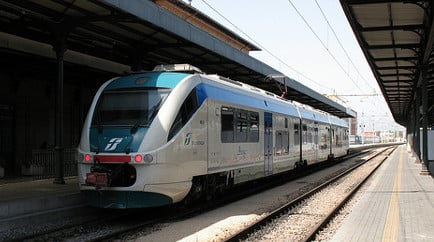 Many of the corrupt contracts are handed out for railway works. Photo: Photobeppus/Flickr.

Most of the corrupt contracts are handed out for water supply, roads and railway works, according to the report carried out by PriceWaterhouseCoopers (PwC) for the EU anti-fraud office, OLAF.

Italy is three times more corrupt when it comes to dishing out fraudulent public contracts than France, and ten times more than the Netherlands. The report covered eight EU countries – Italy, France, the Netherlands, Lithuania, Hungary, Spain, Poland and Romania – and found the overall cost of corruption totalled €88.31 billion.

The report said few officials are trained to combat fraud, while the problem is more acute in countries such as Italy where the reach of organised crime is extensive.

“In many states public officials are not specifically trained to ensure transpareny," the report said.

"This creates opportunities for fraud and corruption, especially where powerful private cartels and criminal organisations can influence the policy-making process."