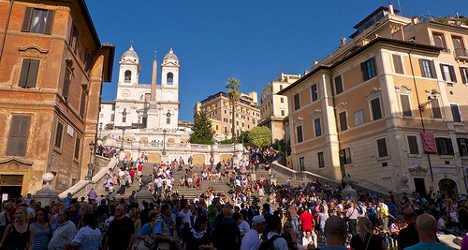 Romans are equally as friendly as people from Barcelona and Rio de Janeiro, which came joint-third, but not quite as friendly as those in second-place Toronto or super-friendly winner Sydney.

The biennial survey by Anholt-GFK City Brands Index reaffirms Rome’s reputation throughout Italy and beyond as a welcoming place for visitors.

The broader poll determines the ‘best’ of 50 cities, by measuring brand image, power and appeal based on visitors’ opinions.

Overall, Rome was voted the fifth best city, climbing from sixth place in the 2011 ranking. London jumped two places to come first, knocking Paris off the top-spot and down to third place. Sydney climbed to second place, while New York held on to fourth.

As well as a city’s people, the index measures its status and standing, interesting things to do and physical aspects. Visitors are also quizzed on affordable accommodation, standards of public amenities and economic and educational opportunities.

A total of 5,144 people were interviewed for the index, from 10 countries around the world.