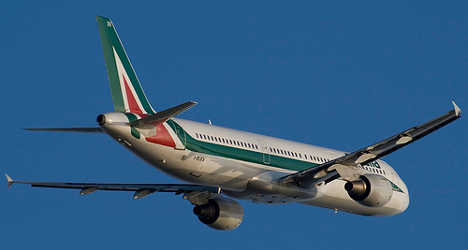 The share to be paid by Air France-KLM, which owns 25 percent of Alitalia and is at the centre of takeover rumours, would be €75 million.

If the French-Dutch carrier does not agree, banks could step in to make up the amount, he said.

Tarlazzi also said the company would not pay back a previous €95-million-euro loan from shareholders.

Air France-KLM took a 25-percent stake in Alitalia in 2008 in a compromise deal. The Franco-Dutch group had wanted to buy its struggling Italian rival, but the proposed takeover was blocked by former prime minister Silvio Berlusconi.

Alitalia's board will hold board meetings until Friday and is hoping to approve the plan by then, with Franco Nasso of the Filt Cgil union warning that without the plan "there could be a default within days".

"Alitalia is desperately seeking help before it falls", he said, suggesting that the company could take in a public investor like Fintecna, a large public holding in property and shipyards.

"Either the continuity of the company is assured within 48 hours by deciding which public sector subject should be brought in or we have to accept a bankruptcy steered by Paris," he said.