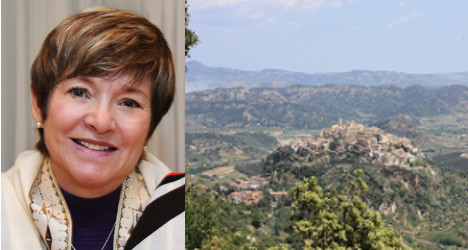 What made you decide to become a rabbi?

My attraction to a spiritual life began when I was very small. As I got older and learned what happened to the Jewish people here in Europe, I felt compelled to serve the Jewish community. As a child, I loved the Shabbat service in the synagogue, even though the tradition prohibited women from participating.

In college I learned about the modern liberal Jewish movement that offered parity between men and women in synagogue life. First I became active in a modern liberal synagogue, in St. Thomas in the US Virgin Islands. The rabbi there encouraged me to pursue my dream even though I was reluctant. I thought that I was too old to make such an enormous change.. Thanks to his encouragement I began rabbinic studies when I was 47 years old and it was not an easy path. I was the oldest student in the class. My classmates called me “Rabbi Mama,” which always made me smile but emphasized what a huge life change I had made. I received rabbinic ordination when I was 51 years old. This year is my fifteenth as a pulpit rabbi.

My father, Antonio Abramo, of blessed memory, was Italian. My ancestors have been in Italy for centuries, since the time of the expulsion of the Jews from Spain. He grew up in Calabria, in the village of Serrastretta, where I now live and work. There wasn’t a day in his life when he did not speak about his love for Calabria and for his village.

When I had the opportunity to come to Italy in 2003, I was ecstatic. It has been my joy and my honor to serve Italian Jews, first in Milan at Synagogue Lev Chadash as the first modern liberal rabbi in Italy and Italy’s first (and only) woman rabbi, and now as rabbi of Sinagoga Ner Tamid del Sud, (“The Eternal Light of the South”), the first active synagogue in Calabria in 500 years since Inquisition times.

Your father was an Italian concentration camp liberator. What kind of influence has he had on your life?

My father served in the US Army as a coordinator for the Jewish partisians in Italy, France and Germany. He was fluent in five languages and was a liberator of the Buchenwald death camp. What he saw there changed his life and subsequently changed mine. For many years he was unable to articulate what he saw – the suffering and death was unimaginable. Later in his life, after my daughter was born, he began to share his experiences. He pointed out that among the six million murdered Jews, there were nearly two million murdered children. He said to me, “You have lost colleagues, friends, contemporaries, and an entire Jewish future is in peril.” He asked me to promise that I would do something to help the Jewish people. Becoming a rabbi and serving Italian Jews in Italy is my way of fulfilling that promise.

Moving to Italy was so exciting. A great adventure. My first two years were spent in Milan serving Synagogue Lev Chadash, Italy’s the first progressive synagogue. Because I had grown up with the Italian language since childhood, I thought that speaking the language would be an easy thing to do. But that was not the case. My Italian vocabulary consisted of food, family, weather and travel. After that, I was lost. I worked hard to improve my Italian and I am still learning. It was a real milestone for me to give my first sermon completely in Italian and I am grateful for all the kindness and patience shown to me in those early years.

On your website you mention that you have worked to help "anouism". Can you explain this and how it works?

My passion and my mission here in Italy is to help Italians who have lost their Jewish heritage to discover and embrace their Jewish roots. These Jews are called “b’nei anousim,” which is a Hebrew phrase that means “the forced ones.” Centuries ago, during the time of the Inquisition, Jews in Calabria and Sicily were forced into Christian baptism or forcibly expelled from their towns and their homes. As a result, some historians believe that at one time Calabria and Sicily was more than 40 percent Jewish.

Many of these “hidden Jews” (sometimes called “marranos” or “conversos”) maintained Jewish traditions in secret. Some families, like my own, lit two candles on Friday evenings, extracted the blood spot from an egg, or sat on low chairs during a seven day period of mourning the death of a family member. These are all examples of Jewish traditions that have survived the centuries-old attempts to eradicate Judaism.

My job, as a “bat anousim” (a “ daughter of the forced ones”) is to share my family’s story and openly and lovingly welcome the anousim of Calabria and Sicily back home to their Jewish roots. In addition to our synagogue, I also established the Italian Jewish Cultural Center of Calabria (the IjCCC) ten years ago, to help Italians around the world learn about their Jewish heritage and, if they choose, become an active part of our Jewish community.

What kind of reactions do you get from people when you talk to them about their Jewish roots?

Ten years ago, when I began my work with the Italian anousim I would make my way through the villages in the mountains of Calabria and ask various villagers, “Do you think your family was Jewish?” Most of the time the response was negative. Then I realized that I was asking the wrong question. Since established Judaism had been eradicated for centuries, people whose families practiced Jewish traditions in secret often were not aware that a particular observance or ritual item was indeed Jewish.

With this realization I now ask, “What did your family do when a baby was born?” “What traditions do you have for a boy or girl reaching 12 or 13 years?” “What about food. Are there foods you do not eat or foods that you prepare in a special way? “Are there any special ceremonies that your family conducts for a marriage?” “What does your family do when someone dies? How do they observe the period of mourning?”

These new questions opened the door to the discovery of hidden Jewish observance. Calabrians and Sicilians began to tell me about how children were named, how red strings (a Jewish custom from the Kaballah) were placed in the baby’s crib, how wedding blessings were offered at home “sotto la coperta,” under a wedding canopy and how in the home mirrors were covered in white and the family sat on low chairs when a family member had died.

Many of the Calabrians and Sicilians with whom I speak relate their family stories and traditions to me and because Jews do not “proselytize,” meaning we do not actively seek converts, many Italian anousim can explore their roots free from pressure. There are many, however, whose families have remained secular, never having felt comfortable in the Christian community. For these anousim who wish to embrace their Jewish heritage, we offer a formal course of study and path to living a Jewish life.

Did you experience any local opposition? Was this to do with your teaching or the fact that you are a female rabbi?

I am very blessed to live in a village where the local Catholic priest, Don Gigi Iuliano, is very supportive. Each year he brings the confirmation class to the synagogue to learn about the Jewish roots of our village and to understand that, as Pope John Paul II said, we Jews are the older brothers and sisters of the Christians. And because our synagogue and festival observances are open to all, everyone has an opportunity to see what the Jewish community is doing. In the absence of secrecy and exclusivity, we have been creating a thriving positive relationship.

Opposition to my work has come from, sadly enough, some of my own Jewish brothers and sisters. Some of the traditional (orthodox) Jewish communities and some of their rabbis have publicly opposed my work and denounced the modern liberal approach to Judaism as inauthentic or even more insulting, “folkloristico”.

I do not take their criticisms personally. Modern liberal Judaism is the largest stream of Judaism worldwide. We are open and welcoming to interfaith families and I officiate at interfaith weddings, and Bar and Bat Mitzvah services for children when only the mother or the father is Jewish. Women have equal participation in every aspect of synagogue life and young girls read directly from the Torah scroll just as the boys do. We accept gay and lesbian Jews, their partners and their children.

As a rabbi who is anousim myself, I do not place obstacles in front of my fellow Italians who are tentatively exploring their Jewish roots. For all of these things I am often criticized, but my goal is to serve my Jewish community with honesty and integrity. Everything else, “fa niente!”

You are Italy's first female rabbi. Have many others followed in your footsteps since?

I am Italy’s first and only female rabbi and I am still the only modern liberal rabbi who lives and works in Italy (women rabbis worldwide are about 15 percent of the total number or rabbis – we are still pioneers!)

I have had the opportunity to train lay leaders to organize modern liberal Jewish communities in Turin, in Palermo and now, in Sardinia. Our communities are called “pluralistic” in that we are open and welcoming to Jews of all backgrounds. As these communites grow it is my hope that more rabbis, female rabbis and liberal rabbis, will join me.

The most famous of all Jewish demographers is an Italian Jew. He is Sergio della Pergola, originally from Milan but now living in Israel. He has studied the Jewish population for decades and has calculated that if the Holocaust had not happened there would be approximately 32 million Jews in the world today. But today we Jews maintain less than half of that number. Given the fact that Judaism in Italy began in the south and that hundreds of Jewish communities thrived in Calabria and Sicily until the Inquisition destroyed the established Jewish presence, there is a great opportunity to increase Italy’s Jewish numbers by actively seeking out and welcoming Italian anousim into the fold. If we do this, then Italy’s Jewish population will soar.

Do you feel like the Jewish population is fairly represented in Italy today?

In my ten years here on “lo stivalo” I have noticed that Italy pays special attention to its Jewish population during the month of January, the European Union’s designated “Holocaust Remembrance Day", which recalls our martyrs and honors the survivors of the Auschwitz death camp (January 27th is observed because it was the day of the liberation of Auschwitz).

This is an important day and important observance not only for Jews but for all Europeans. That being said, I would like to see more attention paid to the joyful and philanthropic aspects of our Jewish communities. For example, during the festival of Sukkot (Feste delle capanne), our Calabrian synagogue welcomed 60 participants – both Jewish and Catholic -as we celebrated a tradition that both religions share.

Also, one of the most important tenets of modern Jewish practice is “tikkun olam,” a Hebrew phrase that means “repair of the world.” Here in our Calabria synagogue we do many “mitzvot” (loosely translated as “good deeds”) for our local community. We shop for elderly residents who are unable to walk to the market, we sing for those in nursing homes, we offer English conversation groups at no charge. There is much more to be said about Jewish life in Italy and it is my hope that these aspects will receive attention as well.