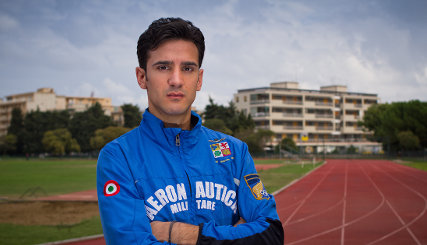 Devis Licciardi, a long-distance runner with the Air Force Team, is alleged to have filled a fake penis with ‘clean’ urine and tried to use it as a sample during a test in September. He was caught during the test following a 10km race in Molfetta, Bari.

A prosecutor for the Italian Olympic Committee (CONI) on Monday asked a sporting tribunal to ban the runner for 30 months, while his girlfriend has been banned from sport for two years for allegedly helping him, Italian media reported.

According to anti-doping test guidelines, an athlete usually provides a urine sample under the direct observation of a Doping Control Officer (DCO) of the same gender.

A spokeswoman for UKAD, the UK’s anti-doping organization, told The Local in September that although there is a lot of ‘hearsay’ of similar cases, it is rare to hear of an athlete managing to cheat strict international standards in such a way.