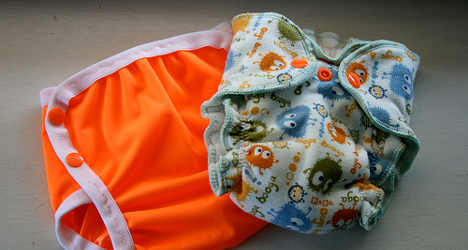 The woman had stashed €80,000 in nappies. Photo: Miss Messie/Flickr

The 30-year-old woman was on her way to Shanghai when she was stopped, Verese News reported on Friday.

Despite apparently having “nothing to declare”, on closer inspection airport staff found €80,000 stashed in packs of nappies.

Further investigation found that the woman, a resident of nearby Varese, had not declared an income for the past five years.

Since the start of 2013 around 1,000 people have been punished for failing to declare their currency passing through the airport. So far this year €16 million has been intercepted by the authorities, Varese Today said.