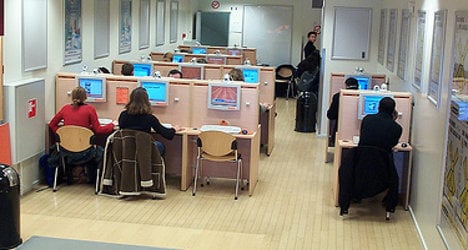 Only 53 percent of Italians are regular users of the internet compared to the EU average of 70 percent. Photo: Redjar/Flickr

According to statistics presented at the Italian Digital Agenda Forum in Rome on Monday, 38 percent of Italians have never used the internet, well above the EU average of 22 percent.

Moreover, only 53 percent of Italians are regular users of the internet compared to the EU average of 70 percent.

Just 4 percent of businesses sell their own products on the internet compared with 20 percent in Germany, Belgium, Sweden and Denmark.

Ninety-six percent of Italian homes are able to connect to the internet at a speed of at least two megabytes, with 14 percent of houses within reach of broadband coverage.

"On the digital agenda Italy is behind, we have to admit it, but we can recover," Italy’s Prime Minister Enrico Letta was quoted by La Stampa as saying.

"We need to push for a single market in telecoms because 28 national markets make the ability to be competitive complicated and complex,” Letta added.

Experts from Confindustria Digitale said that “despite various attempts from 2000 until today, we are still very far behind in terms of modernizing our public system". Only 5 percent of towns allow payments of fines for traffic violations online, they added.

According to Stefano Parisi, President of Confindustria Digitale, the union which promoted the conference, more investment is needed in the sector – “otherwise we cannot do more”.

He also urged heads of government meeting in Brussels on Thursday to “bind the countries with a digital compact”.