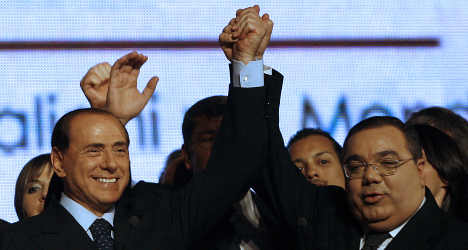 It has been hard to keep up with Berlusconi's legal woes in 2013, with seemingly no sign of a respite for the 78-year-old billionaire.

Berlusconi got off to a bad start earlier this year when he was slammed with a seven-year sentence for having sex with an underage prostitute, a decision he is appealing. Karima El-Mahroug, better known as "Ruby the Heart Stealer", partied with the former PM but he claims they were not lovers.

The sexual exploits of Berlusconi have been probed even further, with prosecutors in southern Italy accusing the media magnate of paying hush money to cover up his sleeping with escorts.

IN PICTURES: The trials of Berlusconi

But it is his financial dealings which have caused him the most legal trouble in recent months. A high court ruling on tax fraud in August was Berlusconi's first and only definite criminal conviction, which could see him thrown out of parliament.

He also stands accused of using his financial clout and influence to illegally meddle in politics. Berlusconi is currently appealing a one-year sentence for leaking a confidential police wiretap to damage his political rival, while next year he will be tried for allegedly bribing a senator.

But the political leader did have one breakthrough this week: he won an appeal against his ex-wife Veronica Lario's divorce settlement. His payments to her will now be more than halved, cut to 'just' €1.4 million a month.