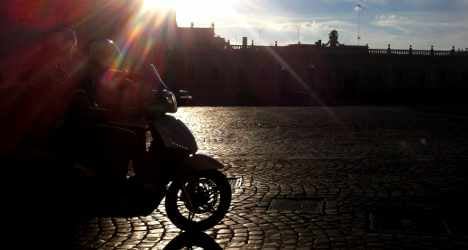 The 55-year-old Vespa driver was stopped after attempting to run over traffic wardens policing a road block, Corriere della Sera reported on Thursday.

What may have been a routine stop quickly escalated, when the driver attacked one of the traffic wardens and bit his little finger off, the newspaper said.

Colleagues of the traffic policeman quickly intervened and arrested the man for grievous bodily harm.

Despite the victim being rushed to the hand surgery unit of a local hospital, doctors were unable to save the detached digit.

Responding to the news, Rome Mayor Ignazio Marino described the violence as “unacceptable” and expressed his solidarity with the traffic warden.

The mayor’s office will be involved in the case against the attacker, who already has a criminal record for attacking police officers, Corriere said.