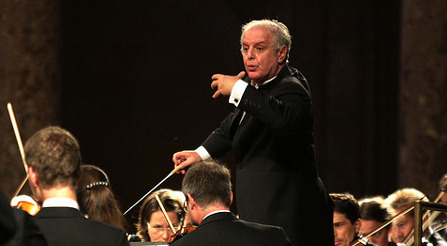 Stephane Lissner, superintendent of La Scala, announced Barenboim's early departure at a meeting with unions, calling it "the end of an era".

Barenboim, who took up the post in December 2011, informed Lissner and Milan Mayor Giuliano Pisapia, who is also president of La Scala, of his intentions in a letter.

Italian media claimed that Barenboim, 70, would be succeeded by a Milanese conductor, Riccardo Chailly, but the reports have not been officially confirmed.

Lissner is leaving La Scala in August 2014 to manage the Paris Opera and will be succeeded by the Austrian artistic director of the Salzburg Festival, Alexander Pereira.

Israeli-Argentine Barenboim will continue his work with the West-Eastern Divan Orchestra founded in 1999 with the late Palestinian-American academic Edward Said, which brings together young Arab and Israeli musicians.

In the meantime, the maestro will keep all his commitments for 2014, including Rimsky-Korsakov's "The Tsar's Bride", "Cosi Fan Tutte" by Mozart and Verdi's "Simon Boccanegra".

He will open the 2014-15 season with Fidelio, Beethoven's only opera.