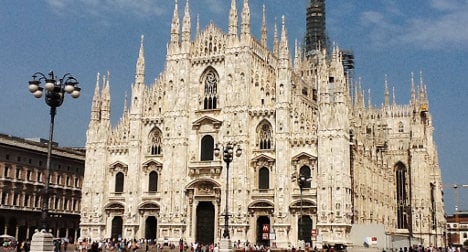 The ‘Venerable Factory of the Duomo of Milan’, the 600-year-old organization dedicated to the cathedral’s maintenance, preservation, and restoration, has begun its search for foreign investors to spruce up the monument in time for the 2015 Milan Expo.

To this effect, the organization’s president Angelo Caloia, has travelled to Russia to seek a €15 million investment in the restoration project.

According to the organization, Russian tourists currently account for 654,500 (13.9 percent) of the cathedral’s five million visitors each year.

The organization hopes that the renovation will be complete in time for the 2015 Expo, when a boom in visitors from all over the world is expected.

“We need 15 million more euros,” Caloia was quoted by the Italian news website Leggo as saying, “even though our subscriptions are increasing (25 in the last ten months) for the ‘adopt a steeple’ initiative”.

Renovation work would include cleaning, restyling the counter-façade and securing the 135 spires of the cathedral.

“We would like a Russian contribution, a donation to Milan on the occasion of the Expo. We hope that one of the 138 participating countries can help us,” Caloia added.

Caloia will also travel to New York and Washington in a bid to snap up more tourists and sponsors for the cathedral.

The Duomo, which took six centuries to complete, is the fifth largest cathedral in the world and the largest in Italy.