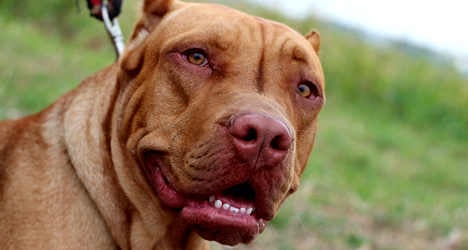 The man was bitten on Monday evening. Photo: Thomas Wanhoff/Flickr

The 30-year-old man was rushed to hospital on Monday evening, after his girlfriend became worried that she had not heard from him.

The fire brigade then broke into his Milan apartment and found the dog owner unconscious. It is believed that either one of his two pitbulls attacked him, or the diabetes sufferer became ill and was bitten after he fell unconscious.

He died from his injuries on Thursday morning, Il Messaggero reported.