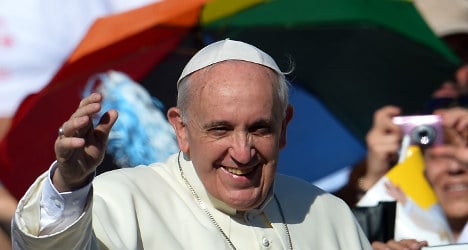 Pope Francis was elected in March. A Vatican synod on the family will be held next October. Vicenzo Pinto/AFP

Archbishop Lorenzo Baldisseri, secretary general of the Vatican's Synod of Bishops, asked the conferences to distribute the poll "immediately as widely as possible to deaneries and parishes so that input from local sources can be received," the US publication said after obtaining a copy of the letter and survey.

The questionnaire was sent on October 18th to national bishops' conferences around the world ahead of a Vatican synod on the family next October.

It is the first time the Vatican has sought such input from Catholics since at least the establishment of the synod system following the Second Vatican Council, the publication said.

Bishops' conferences have until the end of January to respond to the questions.