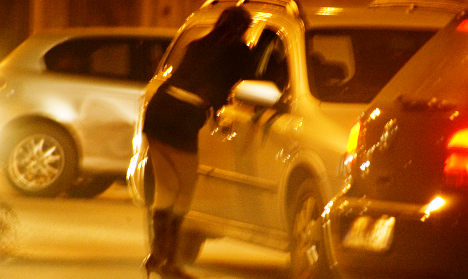 Up to 11,000 children are forced into prostitution in Italy.

The figures come after five people were arrested in Rome in late October in connection with a prostitution ring that involved two girls aged 14 and 15. The mother of one of the girl's was also arrested for pimping her daughter.

Yasmin Abo Loha, the coordinator for Ecpat Italy, said in a report on Quotidiano.net that there are between 7,000 and 11,000 victims of child prostitution as a result of trafficking in Italy.

She added that a “few hundred more” could be added to the figures to account for those lured into prostitution online.

The financial crisis is partly to blame, with an increasing number of women, faced with unemployment, turning to sex work, both on the street and online.

A woman and her daughter, from Rimini, reportedly became prostitutes in a bid to support their struggling family.

Meanwhile, a report by WNN-Women News Network in August found that an increasing number of desperate Italian women were becoming “webcam girls”  in order to support themselves and their families.