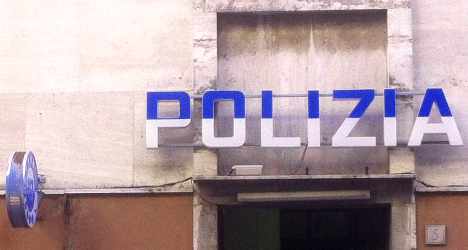 The policemen had reportedly been carrying out illegal raids for over a year. Photo: Rosie Scammell/The Local

The policemen are accused of carrying out illegal raids in which they confiscated the items, Corriere della Sera reported on Friday.

The three were snared after being reported by a Moroccan man they targetted, who was accused of dealing heroin and then acquitted. The unreported police raids are thought to have been carried out against a number of other immigrants for over a year, Corriere said.

In subsequent raids on the policemen’s houses, investigators found gold jewellery, shotgun cartridges, cocaine and more than €40,000 in cash.

The policemen have been taken into custody, accused of criminal association, embezzlement and drug dealing, while two of their colleagues remain under investigation.