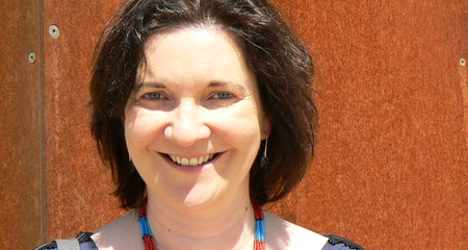 Why did you move to Italy?

I was working as an English teacher in Greece and Hungary and my dream was always to work in Italy.

In 1997 I applied for jobs with a private business language school; it had offices in Turin, Milan and Rome. I put Turin as my last preference because I didn’t know anything about it, then a job came up there!

I got the chance to transfer to Rome after a couple of years but decided to stay put in Turin.

There were hardly any tourists, so from that point of view I could immerse myself in the local culture.

It’s a very livable place; you can get around easily and there’s a real community feel.

It has a village feel, each district has its own identity. You step outside your front door and within a couple of blocks there’s the butcher’s, the mechanic, etc, literally everything you could possibly need.

Did you make friends with Italians or expats?

I had Italian lessons, watched TV a lot and lived with Italians. So I found Italian friends; you had to learn Italian because otherwise it would have been very difficult to get by. Now that’s changed and and a lot more people in shops speak English, although there are still plenty of opportunities to speak Italian.

I started getting more involved in the expat community about three years ago and discovered it’s a large community. It’s really nice to go for aperitivo with them; you get to meet people doing lots of different things.

How has the city changed since you arrived?

The Winter Olympics were held in Turin in 2006 and everything completely changed.

The local authority invested a lot in promoting Turin abroad and there was a lot more information coming out about the city and places to go.

The city centre also had a complete facelift; buildings were cleaned up and there were new roads.

It went from being quite a dark-looking city to being a bright, dazzling place. It was incredible.

After that people took much more pride in their city, which has carried on and is still present today.

Where would you take people visiting Turin?

I’d walk them around the centre, including the Palazzo Reale and the National Cinema Museum.

I'd also take them to the Gran Madre church, the river and Parco Valentino.

For food, we'd gpo to Eataly and the huge Porto Palazzo market. You really get a sense of what Turin’s about when you go to the market, all the different types of people who live in the city go there.

The San Salvario neighbourhood is an up-and-coming area for nightlife and has a mix of ethnic restaurants.

Outside of Turin there’s Alba and small villages and towns famous for wine, while I’d also recommend Lake Orta.

What advice do you have for people thinking of moving to Italy?

Do a beginner’s course in Italian beforehand and read as widely as possible about the local area. Come over for a weekend to get a feel for the place.

Turin’s slightly off the beaten track; people who come here get a sense that they’re discovering something.