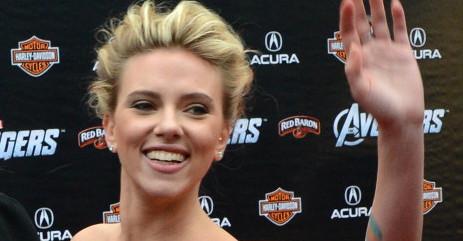 The festival features the latest works by US directors Spike Jonze and Scott Cooper, along with Hong Kong director Benny Chan's "The White Storm" about a drug lord and an undercover cop.

A total of 18 films will be competing for the Golden Marcus Aurelius for best film to be unveiled at a ceremony on November 16th.

The jury is headed up by US director James Gray.

Starring Christopher Walken as Zeus, Sharon Stone as Aphrodite, Oliver Platt as Apollo and John Turturro as Hades, it sees a mortal couple run across the down-on-their-luck Greek gods living it up in New York City.

The new "Hunger Games" instalment "Catching Fire", directed by Francis Lawrence, will open out of competition with Jennifer Lawrence in the lead role.

Jonze's "Her" stars Phoenix as a Los Angeles-based man who gets a new operating system on his phone that answers his daily questions.

As the voice — played by Johansson — becomes less machine-like and more human he develops an infatuation for it in a wryly comic tale.

"We chose the ones that moved us, that spoke to our hearts, our guts," said festival director Marco Mueller, who formerly headed up the Venice film festival and aims to put Rome once again on the international cinema map.