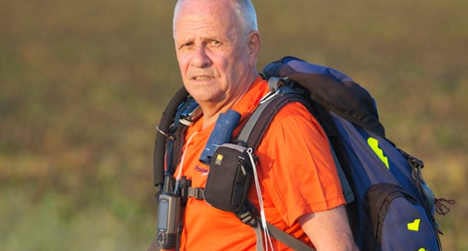 When and why did you come up with the idea to celebrate your birthday this way?

Having reached my seventieth birthday knowing I was still in good shape, physically and psychologically, I decided to celebrate my eightieth in a different way from usual – a way that had almost certainly never been done before.

I began to study the route, down to the tiniest details, and asked for hospitality in the parishes where I would be staying.

In the meantime, obviously I began to train – or rather, intensified the training I was already doing – by hiking almost every day over both flat and mountainous paths around Italy.
And it was whilst on these hikes that I realized the only way to see our beautiful country was to go across it on foot.

What did your family think about it?

My sons (I am a widower) and relatives said I was mad at first, but they hoped that the months of preparation would make me change my mind. Then they saw that I was determined, and in the end they went along with it and helped me with the task.

You celebrated your seventieth birthday with a paraglide. Have you done any other extreme activities, and are there any more in the pipeline?

Actually, I've barely taken a break, between the parachute jumps, paragliding, travelling in almost unheard-of tropical seas back in the 70s, trekking in all corners of the world…I could talk about it for hours. For this year, 2014, I've not thought of any special projects, but who knows!

On your blog you say that 'where there's a will, there's a way'. How did you keep up this admirable motivation during difficult moments? Did you ever encounter obstacles or worry you wouldn't be able to finish?

I'd be a liar if I said there hadn't been any difficult moments.

Apart from four legs of the journey, the other 39 were done alone. An average of eight hours of walking each day, surrounded by Alps, the Apennines, the sea. This scenery definitely helped, but I can assure you the solitude did not.

I was always in contact with friends and relatives over the phone, which helped me a lot psychologically. My sons could check where I was with GPS, and along the way I met lots of people who had been following my progress, who supported me and wished me well.

The only glitch which worried me was when I was caught up in a strong storm in the mountains. Between the cold, the driving rain, and the icy wind, I thought I was going to get ill. In fact, the next day all I got was a slight sore throat, which luckily went away after a few days.

What was your most memorable experience?

There were plenty of them, from the authorities who welcomed me in villages to evenings spent in the company of people I met in each place. I remember one evening with particular emotion: I was preparing to sleep in a dormitory with around fifteen travellers. I was extremely tired and just wanted to go to sleep, but one of them took me aside and told me his desperate story, and how he wanted to kill himself. I'm no psychologist, but I talked with him a lot, and he promised me that from that evening he would approach life differently. I hope so.

Did you receive help from anyone along the way?

At one point, I was in Calabria, and it was extremely hot at 30 degrees. I'd finished my water (travelling on my own with just a backpack, I was forced to stop frequently to fill up) and asked someone in a car where I could find a nearby bar.

After a little while, one of their relatives turned up in their own car with drinks and food to give me some refreshment. I was hardly in the middle of a desert…crazy!

How did you feel at the end of the journey, and how did you celebrate your birthday?

I burst into tears when I arrived at my final destination, Ispica, one of the southernmost communes in Sicily. Then I got the bus to Catania, an aeroplane to Bologna, and celebrated with friends, relatives, journalists and camera crews at the airport. I still get goosebumps thinking about that moment.

Then two days later I celebrated my birthday at lunch with my sons and relatives, and in the afternoon at the Molinella Auditorium with friends, local authorities and people from Rai (Italy's national public broadcasting company).

You've become a national celebrity. Do you want to inspire others to follow in your footsteps?

I didn't want it to happen, but thanks to the media I became famous without my knowledge.

I hope that lots of people will take a cue from my challenge, either by repeating it themselves, but more importantly by getting out of the laziness that I see around. When I see 50 or 60-year-olds at the bar with a coffee spending all their time inside playing cards – well, it makes me quite tense.

Italy is beautiful: think of the mountains, the sea, the archaeological sights, the unknown places and those which are envied all over the world. Just think how many foreigners buy houses in Tuscany, Umbria, Sardinia and so on.

Of course, you need to be in good physical shape. You don't need to do 40km every day like I did, but go and join hiking groups, get out of the house and go and visit this beautiful country of ours! 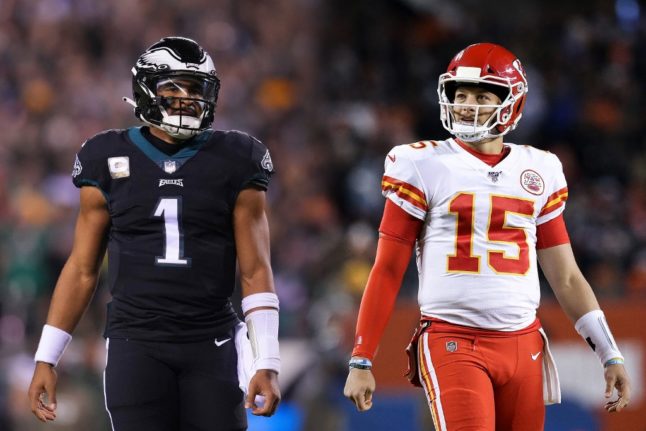 SPORT
How you can watch the 2023 Super Bowl in Italy