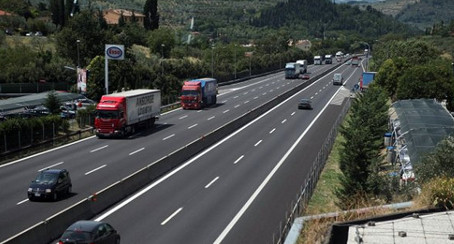 Dressed in jeans and a t-shirt, the boy set out from the village of Villafranca d’Asti on late Monday afternoon with only a vague idea of where his family lived in Turin, La Stampa reported.

It was his third escape attempt, having been caught three times trying to make the journey by foot, the newspaper said.

Several motorists tried to help the boy as they spotted him racing along the busy A21 motorway on his small bike, without any lights, as dusk fell.

“What he was doing was crazy dangerous,” Massimo Sarno, who was making his way back from a wedding in Sorrento, told La Stampa.

“I stopped the car and immediately signalled for the traffic to slow down…but when I approached the child, he wasn’t at all happy with my intervention. In fact, he said, ‘let me go, I have to go home to Turin. I want to go to my mother’.”

The boy confessed to Sarno that he had been suspended from school for beating up another boy.

He also tried to assure him that he knew the area of Turin in which his family lived. “I’m sure I’ll find the house,” he said.

Despite several pleas to let him go, Sarno stayed by his side until the police arrived.

“When he saw the police coming, he tried to make another escape,” Sarno said.

“I tried to calm him down by saying he’d get to ride in a police car. He replied, “I don’t care, I’ve already been in one of those'.”

Indeed, the police were familiar with the boy after his earlier attempts to escape from his care home, which had already filed a missing persons report.

The care home director declined to comment about the situation, telling La Stampa “any small detail made public could jeopardize his safety”.