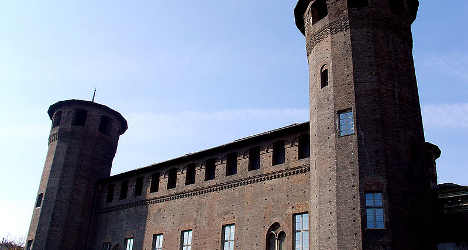 With just 48 of Italy's 6,000 museums having an online presence, they are seriously lagging behind their global counterparts when it comes to using social media to boost visitor numbers.

Out of those who are online, few know how to use Twitter – now seen as a crucial marketing tool – while several don't even have a website,  according to statistics from Museum Analytics, a website that gathers information about museums and their audience.

Only Rome's Musei in Comune made it into a list of the top 100 museums that are using social media to attract visitors, coming in 98th place. Meanwhile, museums in London and New York are the best at boosting their popularity online.

Francesca De Gottardo, a social media manager working across a number of different sectors, wants to change this.

She is hoping to stir Italian museums into action with the launch of an online campaign, called #svegliamuseo (museum wake-up call), which aims to get them online with the help and expertise of their more web-savvy international counterparts.

De Gottardo tells The Local that Italian museums are mainly held back by “serious difficulties with funding and a lack of staff.”

In fact, Italy has come under fire from UNESCO for its deep funding cuts across the sector, meaning several major historical sights have fallen into disprepair.

But De Gottardo also says a lack of social media know-how, as well as most museum staff passing the likes of Twitter off as a fleeting fashion or "something only teenagers use", is also holding the sector back.

She explains that many museums cannot afford to hire someone to run a website and social media, and with staff numbers often low, it would be difficult for existing workers to take on the task themselves.

But those who are exploiting social media are reaping the rewards.

Turin is the city with the most 'social' museums, and of particular note is Palazzo Madama. The museum has boosted its popularity through a variety of social media channels, including Facebook, Twitter, Instagram, a blog and even a YouTube channel to connect with its followers.

But perhaps more importantly, it has used its social network to gain funds: in January, the museum raised over €96,000 through its first 'crowdfunding' scheme. The money, collected from 1,591 supporters, was used to buy an eighteenth-century porcelain collection.

The museum's blog attributes the success of the project to the “warm, fuzzy feeling” people get from being part of something.

“Italian museums need to understand this potential,” says De Gottardo, adding that the two-way communication channel offered by the likes of Facebook and Twitter "is a huge benefit for museums".

“Unfortunately many are still asleep…these are museums that are hugely important to our country on a cultural level that are not on Twitter and don't have a Facebook page. Some don't even have an English language option on their website.”

Of the Italian museums with an online profile, the vast majority are based in tourist hotspots such as Rome, Milan, Turin and Florence, but it is the smaller museums that could perhaps benefit most from social media.

Museums that don't "wake-up" to social media risk losing out on both visitors and potential funding, warns De Gottardo

“Many people today look online before doing anything, and museums which aren't online and don't communicate will quickly become invisible.”