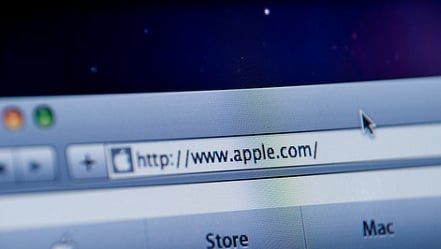 Apple insists it pays its full share of tax in Italy. Photo: SpencerEHoltaway/Flickr

"Apple pays every dollar and euro it owes in taxes and we are continuously audited by governments around the world," an Apple spokeswoman said in an email to AFP.

"The Italian tax authorities already audited Apple Italy in 2007, 2008 and 2009 and confirmed that we were in full compliance with the OECD documentation and transparency requirements. We are confident the current review will reach the same conclusion," she said.

Apple is under investigation in Italy for allegedly failing to declare over €1.0 billion to the tax man, Italian media reported on Wednesday.

Milan prosecutors have accused the iPhone and iPad maker of hiding €206 million in 2010 and €853 million in 2011, the magazine L'Espresso said on its website.

Apple's Italian subsidiary is accused of booking some of its profits through Apple Sales International (ASI), an Irish-based subsidiary – thereby reducing its taxable income in Italy, the weekly reported.

The multibillion-dollar California-based technology giant and other multinational US companies have been under fire in the US Congress as lawmakers accuse them of using Irish subsidiaries to dodge taxes.

Senators Carl Levin and John McCain held a hearing in May that examined offshore profit shifting and tax avoidance by Apple through the use of three Irish subsidiaries that claimed they were not tax residents anywhere, saving tax on $44 billion of non-US income.