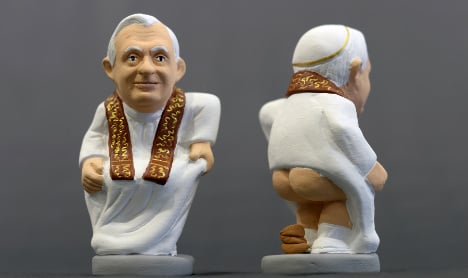 The ceramic statuettes have been sold in the northeastern Catalonia region since the 18th century.

Catalonians hide caganers ("shitters" in Catalan) in Christmas Nativity scenes and invite friends to find them. The figures symbolise fertilisation, hope and prosperity for the coming year.

"There's more sport and less politics, which once in a while is not unpleasant," Marc Alos, whose family is the leading "shitter" producer, told AFP.

OFFBEAT
How Italians sold ice cream to the masses in Vienna
Url copied to clipboard!