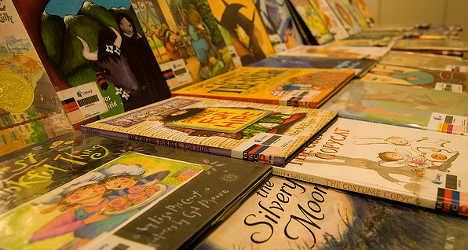 Hundreds of children from migrant families are currently on Lampedusa as they await a decision on their asylum, with the local community now striving to come up with ways to help them better integrate.

They come from families, mainly from north Africa, who risked the perilous journey to the island in search of asylum in Europe. Others have been less fortunate, with many children being among the 366 migrants who died after their boat sank off the island's shores in early October.

The tragedy once again brought the spotlight on Lampedusa, a small island of 6,000 people which this year alone has seen the arrival of 35,000 asylum-seekers.

But as the European Union works to tackle immigration, islanders are finding their own ways of easing the burden, with one idea being the children's library.

“The aim of the library is to give the children a space in which to learn, overcome their differences and broaden their horizons, as well as to guarantee free access to culture and literature during their childhood,” Maddalena Lucarelli, the library's spokeswoman, told The Local.

The initiative is backed by Lampedusa Mayor Giusi Nicolini, who says “through books it is possible to build a welcoming culture, one of respect and participation”.

Ahead of the library's official opening, which is earmarked for November pending the completion of renovation works, a book camp aimed at bringing together 643 of the island's children with their foreign counterparts has got underway this week. The event is organized by island authorities and the International Board on Books for Young People (IBBY).

The IBBY and Amnesty International have also made a special request to authorities to allow migrant children to leave the immigration centre, where they are kept in overcrowded conditions while their asylum claim is processed.

Organizers have had to adapt the library and its activities to cater for the linguistic diversity of the would-be bookworms. Many, but not all, of the children who crossed the Mediterranean have come from Arabic-speaking countries, while the islanders likely only speak Italian.

But Lucarelli has not been deterred by such a challenge. “We decided to ask IBBY members for the best books without words…[because] ‘silent books’ can be read independent of the specific language of a single reader.

“We are aiming to collect just as many books in foreign languages to make available to the readers,” she says.

Italian publishers have also donated a number of children’s books and the librarians plan to renew their plea for new books every two years.