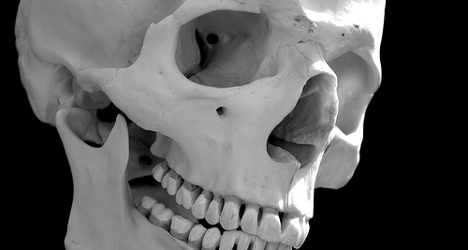 The skull parts were left in a bag on a church table. Photo: Steve Snodgrass/Flickr

The priest came across an abandoned plastic bag on a table in the San Benedetto church on Tuesday, Il Messaggero reported.

On opening it, he discovered the yellowed parts of a human skull and promptly phoned the police.

The colour of the bones suggest that they are not from a person who has died recently, although who dumped them in the church remains a mystery, the newspaper report said.

The skull parts will be examined by coroners at the Institute of Forensic Medicine, part of Rome’s La Sapienza University.