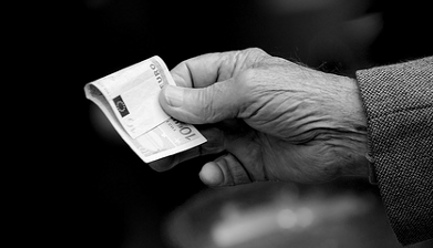 While raising the retirement age – 66 for men and 62 for women in the public sector – has been a “major driver” towards improving the sustainability of Italy’s public pensions, millions risk poverty in old age due to inadequate retirement savings, the organisation said.

It warned the shortfall in retirement income “will be a problem (for future generations)” and called for “better public pension plans and programs to encourage retirement planning and opportunities to save”.

Italy’s jobless rate hit a record high of 12.5 percent in October, with many of those who are employed having only part-time or temporary jobs.

Italy increased the retirement age in 2012 in an effort to reduce an extremely expensive social benefits scheme.