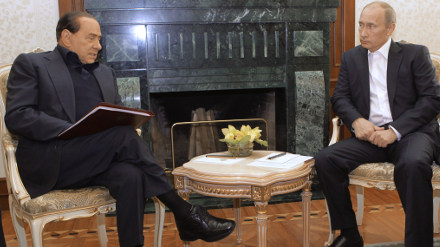 The protesters shouted "Go to Siberia!" and "Free Pussy Riot!" outside the hotel where Putin is staying on his visit to Rome, where he met earlier Monday with Pope Francis.

Police broke up the demonstration, mainly made up of women. The protesters also managed to unfurl a banner that read: "We spit on Putin, the revolution is for women, free Pussy Riot", an AFP photographer reported.

Putin is due to fly to the city of Trieste in northeast Italy on Tuesday for talks with Prime Minister Enrico Letta at which several business deals between the two countries are to be signed.

Berlusconi earlier on Monday denied press rumours that Putin was preparing to offer him Russian travel documents to allow him to flee his growing legal woes in Italy.

The billionaire tycoon and three-time former premier faces expulsion from the Italian parliament in a vote on Wednesday following a conviction for tax fraud. 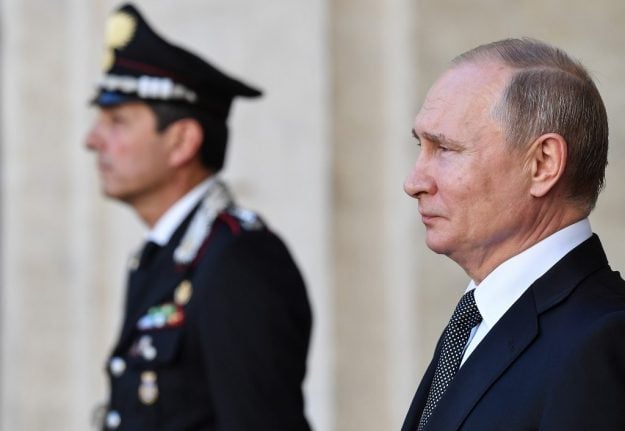 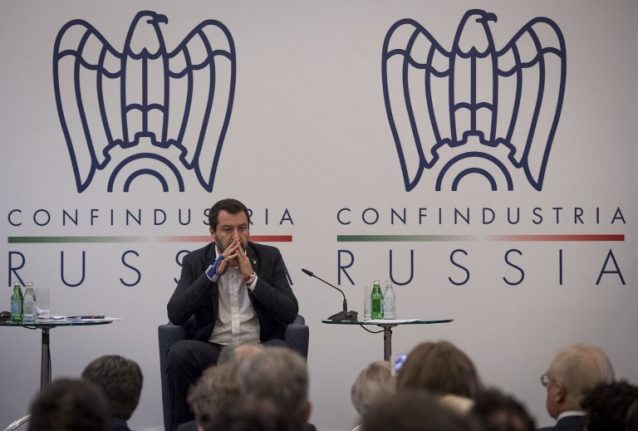