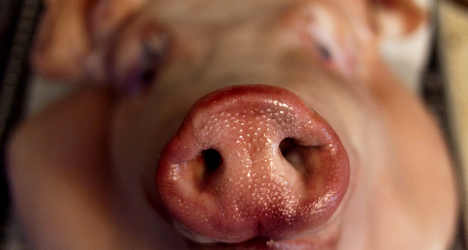 Francesco Raccosta, who disappeared in March 2012, was severely beaten before being thrown to a drove of pigs, Il Fatto Quotidiano reported.

His fate was only recently discovered thanks to a police investigation into the southern ‘Ndrangheta mafia.

“It was satisfying to hear his screams. Mamma mia how he screamed!…In the end I didn’t see anything…nothing remained!” Pepe said.

The murder was thought to be in revenge for Raccosta killing another mafia boss, in a feud which dates to the 1950s, Il Fatto said.