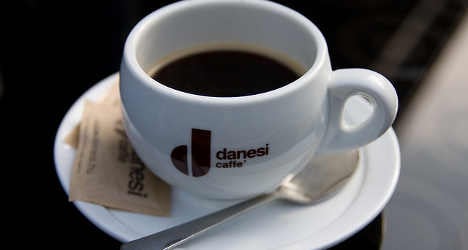 La Stampa reported that from December onwards, coffee shop owners in Genoa will be forced to raise the price of a cup of coffee to €1.20.

Representatives from FEPAG, Genoa's Federation for Commerce, called the increase “a painful decision, but one which cannot be reversed", citing dramatic increases in rent and local taxes as the cause.

The price hike comes after a five year block on coffee prices, and Genoa's not the only city where coffee is becoming more costly. La Stampa said that in recent weeks, bars in the comune of Gorizia have displayed notices to clients warning them of, and apologizing for, an impending price increase from €1 to €1.10.

On a national scale, prices vary considerably in different Italian cities, but all have been affected by the financial crisis and subsequent tax increases.

Figures from Istat, Italy's statistics agency, show that in July the average price of a cup of coffee ranged from €0.77 in Bari to €1.04 in Turin, while prices in Bologna and Florence also passed the €1 threshold.

Rome is one of the cheaper cities for a coffee, with prices varying from €0.80 to €0.90 in more central bars, but shopowners are still suffering.

Bar owner Massimo Loffredo told The Local that although prices to customers have remained the same, IVA (VAT) on coffee has recently gone up by 22 percent. “We can't raise our prices or we wouldn't be able to sell it any more,” he said.

Another barista, Claudia, explained: “Taxes have become a huge problem for us – we don't make as much profit now, so there's nothing left at the end of the month. Today it's worse than ever before. ”

Lino Stoppani, the president of Fipe, the Italian Federation for Commerce, told La Stampa that business has become more difficult for shopkeepers, as economic cutbacks have meant coffee consumption is down by 2.4 percent. “This leaves only two alternatives,” he said. “Reduce spending, which is difficult as most bars have fixed costs, or raise prices, as has happened in Genoa.”

He said it would be impossible to establish a standard national price, because the variations reflected “the quality of the blend, costs of rent and local taxes, which differ from city to city and business to business.”

But Stoppani did add that the Italians could have it worse, reminding them that “in Paris an espresso can cost up to €3.”