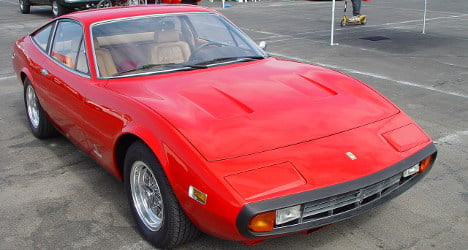 The dad of one of Rome's 'poor' students owns a Ferrari. Photo: ElCaganer/Flickr

In a statement, police noted that 84 percent of the 196,000 students in Rome said they and their families were too poor to afford university, giving them cutbacks on fees, transport subsidies and food coupons.

Out of hundreds of students checked in 2013, the police said that 63 percent were found to have irregularities.

The aim is to uncover "those who are not poor so as to help those who really need economic support," the statement said.

One student's father had a Ferrari and a portfolio of properties although she declared revenues of €19,000 a year, while another said she earned €14,313 even though she had a fortune of €600,000.