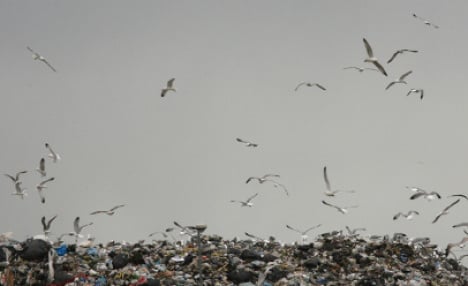 Those caught burning waste in Italy will soon risk jail time of between two and five years, Italian Prime Minister Enrico Letta announced on Wednesday, as public concern mounts over the rising cancer rates in the Campania region.

The initiative, explained the prime minister, is both an “environmental and health” measure and a way to “kick-start economic production in these areas".

“It’s clear the most important issue is people’s health."

The problem of abandoned toxic waste in Campania, southern Italy, has plagued the region for decades, ever since the Camorra (the Italian crime syndicate in Campania) decided to branch out into the lucrative waste disposal business in the 1980s.

According to environmentalist group Legambiente, some 10 million tonnes of industrial waste from across Italy and farther afield was buried in the area between 1991 and 2013, dumped mainly at night by over 400,000 lorries.

According to the Pascale national tumour institute, the number of tumours in women in the area has risen by 40 percent and those in men by 47 percent and environmental groups estimate the toxic garbage could affect one and a half million people living in the Naples and Caserta provinces.

"People are terrified. Cancers are sharply up, along with allergies, foetus deformities and infertility," doctor Luigi Costanzo, who treats some 1,600 people in the town of Frattamaggiore, was quoted as saying by AFP last month.

Taking to Twitter soon after Wednesday's announcement, Environment Minister Andrea Orlando said that the decree “affirms a fundamental principal: the protection of the environment is at one with the fight against organized crime”.

Last month, thousands took to the streets near Naples as evidence emerged that a far wider swathe of territory than originally thought was used by the Camorra to burn or secretly bury millions of tonnes of waste for years.