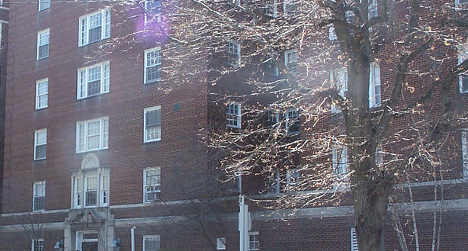 The child fell two-storeys from an apartment building in Como. Photo: Stu_spivack/Flickr

Several passers-by spotted the child,  who had been left alone in the apartment, leaning dangerously out of the window before climbing onto the seven-metre high ledge, La Repubblica reported.

Neighbours contacted the emergency services as others tried to encourage the child to stay still, but it was the quick reaction of a local policeman that saved his life. Along with a painter working on a nearby house, the officer rushed to position himself under the window. When the child lost his balance, he caught him in his arms.

The impact knocked them both to the ground, but neither was hurt, although the child was taken to hospital as a precaution.

According to La Repubblica, the toddler's father was at work and the mother had left him asleep in the apartment for a few moments while she visited a neighbour.

The boy was already on the way to hospital by the time his mother realized what had happened, La Repubblica said, adding that she thanked his rescuers profusely.