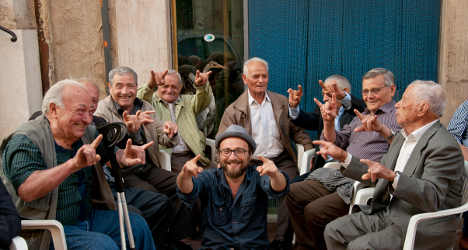 It's a moment experienced by many a foreigner, who has spent months before arriving in Italy memorizing verb tables and building up their vocabulary.

But full swing into a flowing Italian conversation, a native speaker responds with a gesture. Silence. What could they possibly mean?

In a country where hands speak louder – and sometimes more often – than words, learning gestures is key to living in Italy.

So much so that Italian Luca Vullo has made a film about gestures in Sicily, The Voice of the Body (La Voce del Corpo), a particularly expressive part of the country.

In the film he helps confused foreigners translate the simple hand movements into flowing prose, with gestures saying everything from "you're one of those clever people" to "you don't know what I'll do if I catch you!"

To help readers on their way to fluency, The Local has compiled a list of the top 10 of the countless gestures used every day in Italy.

Did we miss any? Leave your thoughts in the comments section below.

Watch a trailer of The Voice of the Body: