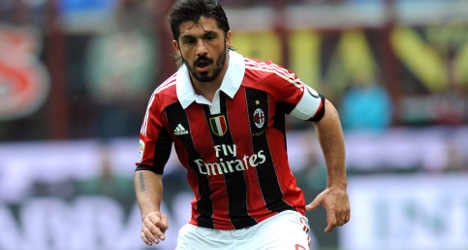 Gattuso, who was part of Italy’s winning World Cup squad in 2006, had his house raided as part of the probe, La Repubblica reported. In September, the 35-year-old was sacked as manager of Serie B team Palermo, after just six games.

As part of the wider investigation, an arrest warrant has been issued for ex-striker Giuseppe Signori. In 2011, the former Italy player received a five-year ban from football for his role in match-fixing.

A further four people have been arrested for allegedly fixing 90 matches across Italian leagues from 2009 until last season, La Repubblica said.

The four are described as mediators who had contact with a broad range of people working in Serie A, including players and presidents.