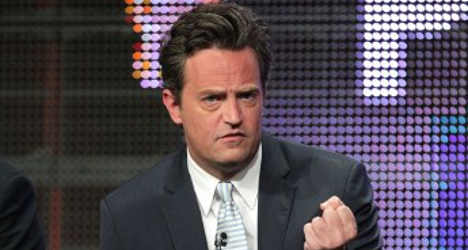 On Wednesday, Perry addressed an audience of 14 delegations from Mediterranean countries and university students at the National School of Administration, as part of an international experimental course on rehab.

The discussion was promoted by Italy's Department for Anti-Drug Policies (DPA), which invited him to speak about his experience of recovery and the DrugCourt America system, in which specialized courts offer addicts the chance for treatment and community work rather than going to jail.

“Drugs and alcohol take away your hope and cancel your identity,” said Perry, who described his experience with the DrugCourt as "life-changing", and hoped other countries could use similar problem-solving courts.

The 44-year-old has spoken candidly about his use of drugs, which he battled against for years whilst Friends was at the height of its success. Perry reportedly spent two stints in rehab for alcohol and drug addiction, and since his own recovery he has focused his attention on helping others going through the same ordeal.

Earlier this year, he was awarded the Champion of Recovery award from the White House, in recognition of his efforts, which have included transforming his former Malibu home into a recovery centre for addicts.

Italy has a similar system in place to that of the US, and Giovanni Serpelloni, head of the DPA, said: "Today our country offers a model of prevention, which could be adapted to any government who wants to make use of it."