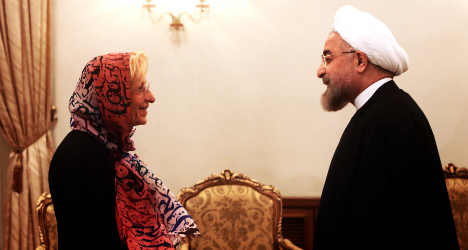 "I think it would be in everyone's interests to bet on the success of the reforms" in Iran, Letta said after a trip by Foreign Minister Emma Bonino to Tehran this past weekend in a rare visit by a top European official."Our view is that an opportunity is opening," he said.

"Much of the regional instability of these years has been linked to Iran and the choices made by [former Iranian president Mahmoud] Ahmadinejad," he said.

Referring to his successor Rouhani and his diplomatic overtures, Letta said: "There is no doubt that the impact on the events in Syria can be positive".

Italy, the prime minister said, had "more chance than others" to build better ties with Iran because of historical links.

The visit comes nearly a month after a landmark deal between Iran and world powers over Tehran's nuclear programme, with Iran rolling back and freezing part of its drive in return for limited sanctions relief.