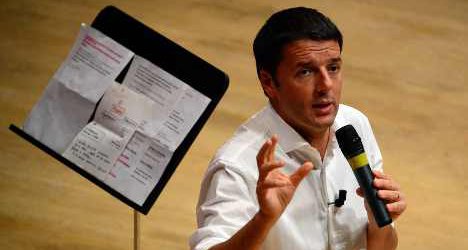 Matteo Renzi has called for benefits to be guaranteed for the first two years of unemployment. Photo: Olivier Morin/AFP

“I think of the greater flexibility in output, but the state must guarantee benefits for the first two years of unemployment, so that people can maintain a family and a serious system of professional development,” Renzi said in a TV interview on Sunday.

The Democratic Party (PD) leader said a “labour revolution is possible”, adding that the party’s full employment plan would be announced in January.

Renzi was confirmed as party leader just a week ago but has already been shaking up the PD, bringing in a team of young politicians and discussing controversial issues such as civil partnerships for gay couples.

His comments on employment come as Italy faces a growing jobs crisis, particularly among the under 25-year-olds. Figures released at the end of November showed that youth unemployment hit 41.2 percent, a record high, while an overall 12.5 percent of Italians are out of work.

The country’s 2014 budget includes measures to encourage businesses to hire staff, as well as a new unemployment benefits scheme, but has been criticized by business lobby Confindustria for failing to stimulate growth.