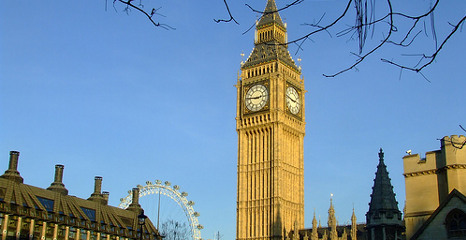 London is a prime destination choice for Italians in the UK. Photo: TJMorris/Flickr

There a 220,000 Italian inhabitants in the UK, with 85,000 living in London, according to figures from the Registry of Italians Resident Abroad (AIRE).

However, the Embassy estimates there could be as many as 550,000, with 250,000 being in the capital, when taking into account those who are not officially registered, Il Fatto Quotidiano reported.

Figures from the UK’s Department of Work and Pensions in early December showed that the number of Italians moving to the UK for work rose by 52 percent between September 2012 and September 2013.

The Embassy has now organised a series of seminars, beginning on January 8th, to help Italians overcome the pitfalls of life in the UK, Il Fatto Quotidiano said.

The idea came about after the murder of Italian teenager Joele Letta, who was beaten to death in the Kent town of Maidstone, where he had moved to in October in search of work and to improve his English.

The seminars will take place in London, Birmingham, Manchester and other cities with large Italian populations.

“We will help them with every aspect of life in a different country,” Pasquale Terraciano, the Italian ambassador in London, told the newspaper.

“From how to avoid scams and finding work to tackling bureaucracy and navigating the health and welfare system.”

At least 60 percent of the new arrivals to the UK are aged 35 years or younger, while 25 percent are between 35 and 44 years of age.

"It is not true that they all come to work in a restaurant, there are many computer scientists, engineers, doctors and so on," Massimiliano Mazzanti, the consul general of Italy in London, told Il Fatto Quotidiano.

"Then there are those who come to study English for a few months and decide to stay, or those who, after a few years, return to Italy."