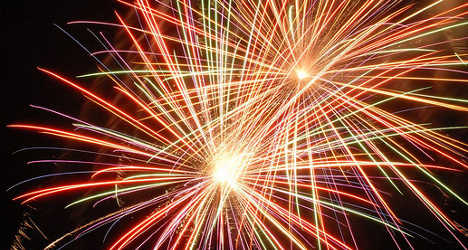 Three people were seriously injured in the explosion. Photo: Chris/Flickr

The abandoned 400g firecracker was found by a person living in the area on New Year's Day and reassembled in front of an open fire, Il Messaggero reported.

Heat from the fire is thought to have set the firework off, injuring a group of people between the ages of 16 and 35.

Three people were left seriously injured, with two having hands amputated and another suffered stomach wounds.

Those with minor injuries were taken to the local Tivoli hospital, while the others were treated at Rome’s Umberto I hospital, Il Messaggero said.

Despite the accident, the number of people injured by fireworks over the new year period was much lower than during festivities a year ago.

A few dozen people were injured across Italy, 50 of which were in the Naples area, compared to 361 injured and two fatalities when Italy welcomed in 2013.