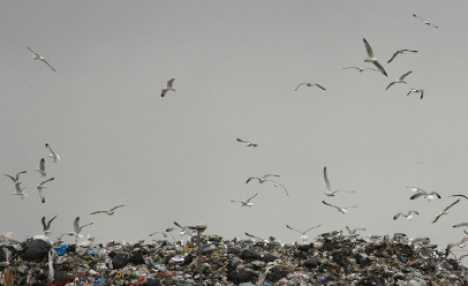 "Act quickly. We urge the authorities to intervene and be decisive, to stop the spread of worry, fears and ills," Cardinal Crescenzio Sepe, Archbishop of Naples, wrote in an open appeal to Italian President Giorgio Napolitano, along with bishops from the affected areas.

The local Camorra crime syndicate has been burning and secretly burying millions of tonnes of waste in the Campania countryside for decades but the extent of the problem has only recently been revealed – sparking furious protests from citizens who insist the government take action.

"As necessary and important as the few measures taken have been, what other action to take is still being debated," said the letter, sent to Napolitano on Friday and published by Italian media websites on Saturday.

In December, Prime Minister Enrico Letta's coalition government passed a decree to make burning rubbish illegal. But campaigners say enough is not being done to identify and clean up poisoned water sources and agricultural land in the Naples and Caserta regions.

According to environmentalist group Legambiente, some 10 million tonnes of industrial waste from across Italy and farther afield was buried in the area between 1991 and 2013.

Denouncing a "true humanitarian drama", the signatories called for a clean-up operation, health controls and the segregation of toxic land.

"Too many are paying the price for the arrogance, insolence, incivility, greed and stupidity of criminals who, without a care even for their own children, have not hesitated to sell their land to people as dishonest as they, poisoning it with highly toxic and dangerous garbage," the letter said.

According to La Repubblica daily, Napolitano on Friday promised local priest and campaigner Maurizio Patriciello to do more on the issue and provide some form of "compensation for the victims" in the future.