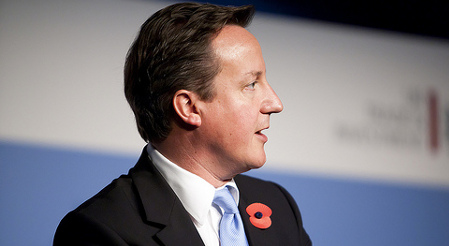 Lino Carbosiero, whose clients include the Queen’s granddaughter, Zara Philips, and the ex-Beatles singer Paul McCartney, was awarded a prestigious MBE for “services to hairdressing”.

“I was shocked and panicked. I didn’t expect the letter so I thought I hadn’t paid my tax," Carbosiero told the British daily newspaper, The Mirror.

He has been Cameron’s hairdresser for three years after reportedly being recommended by the prime minister’s wife, Samantha.

But the honour sparked accusations of cronyism against Mr Cameron, particularly as other senior aides, including a public relations chief who holidayed with the prime minister, also made the honours list.

A politician with the Liberal Democrats party, Lord Oakeshott, said in comments reported by The Mirror: “Honours should go to unsung heroes or heroines, not Cameron’s cronies."

He told The Mirror the secret of his success with the stars is confidentiality.

"[The clients] have to trust you. I have been in situations where people have talked about things and I’ve not blinked an eyelid. I don’t blab and I’m respected for it."