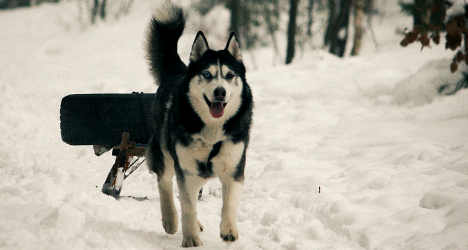 The two men and their 12 husky dogs fell into the lake in Abruzzo. Photo: Marcin Kargol/Flickr

The accident happened on Tuesday morning when the two brothers were sledging in the Rocca di Cambio area, Abruzzo 24 Ore reported.

They were traveling across a snow-fed lake when the ice broke beneath them and they plunged into the water.

Forest patrol and security officers from the nearby Campo Felice ski slope quickly came to the rescue, helping the men and their dogs to the shore.

The brothers escaped the freezing waters without injury, while officers suggested the dogs be taken for a check-up at the vets, the news website said.