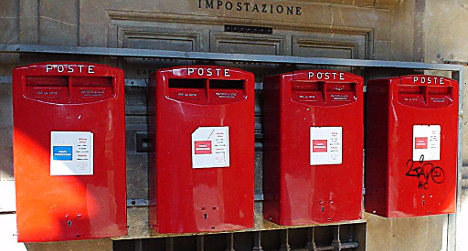 "The listing of Poste Italiane on the stock exchange is plausible by the end of the year," Antonio Catricala from the economic development ministry was quoted by Italian media as saying.

"The majority stake will remain with the state and 30-40 percent of the group will be privatised," he said.

The government held an initial meeting on Thursday on the operation, which Italian media said could raise around €4.0 billion for the state.

"Poste Italiane is an asset that the state can absolutely not lose control of. It is important not to break it up," Catricala said.

The postal service employs around 155,000 people.