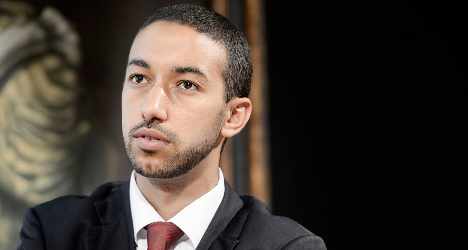 Grainy footage of migrants stripping and being disinfected for scabies at one of Italy’s “welcome centres” in December sent shockwaves throughout the country. The man behind the film, a Syrian refugee, said it was evidence that he and other migrants were treated “like animals”, while Lamepusa's mayor, Giusi Nicolini, said the footage reminded her of a “concentration camp”.

While the Italian government and the EU launched investigations into the Lampedusa centre, Khalid Chaouki flew there to experience for himself what life was like for people arriving on Italy’s shores.

After landing on December 22nd, the Democratic Party (PD) MP found the centre in an “appalling” state, with water leaking into the rooms and “awful” hygiene conditions. Filthy mattresses piled up, while there was nowhere set aside for people to eat, he said at the time.

Despite the outcry at the way migrants were being treated specifically in Lampedusa, Chaouki says the problems are much more widespread.

“Unfortunately, the situation is even worse in other centres in Italy. The Lampedusa centre is a ‘welcome centre’, so access is more open. The others, such as one in Rome, are centres of identification and expulsion which are very closed,” he tells The Local.

He says Rome’s Ponte Galeria centre, for example, “is like Guantanamo”, referring to the US detention centre in Cuba where terrorism suspects have been held for years without trial.

Ponte Galeria also came under the spotlight during the Christmas period when a dozen migrants sewed their mouths in protest over their treatment.

“There are cages out in the open more than six metres high…like where you would keep dogs,” Chaouki adds, flicking through photographs of his recent visit to the centre.

Chaouki says he decided to go and stay with the Lampedusa migrants “to oblige the government to take concrete action”. His efforts appear to have paid off, as on Christmas Eve migrants were flown off the island.

Their flight came nearly three months after they were saved from a shipwreck on October 3rd, in which more than 400 migrants drowned.

“It’s illegal – because under Italian law a person can stay [in the welcome centre] for a maximum of 96 hours. There were seven survivors from October 3rd who were still there,” Chaouki says.

Most of those who lost their lives in October were from Eritrea and Somalia, as were many of the people Chaouki met in December.

“They were refugees – fleeing war in Syria or Somalia, or dictatorship in Eritrea – not economic migrants,” he says. “They were, above all, young people; a lot of women and also seven unaccompanied minors.”

The Morocco-born MP says being able to speak Arabic helped him communicate with the migrants, although he admits that despite being welcoming they “weren’t expecting anything concrete”.

This is likely because “nothing has changed” in Lampedusa, he adds, despite the throngs of high-profile politicians such as Prime Minister Enrico Letta visiting the island.

But progress could be made this year, as Letta plans to reform Italy’s immigration laws and overhaul the country’s asylum system.

As coordinator of the inter-parliamentary group on immigration, Chaouki is backing the prime minister’s plans. But he also says they need to be part of a wider integration and citizenship programme to give more rights to migrants.

“Italy needs to change at the cultural level,” he says. “Condemning – without ambiguity – racism, xenophobia and Islamophobia.”