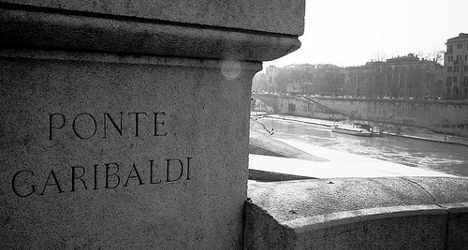 The pair was attacked on Friday night on the Ponte Garibaldi, a bridge in the heart of the capital, the Mario Mieli Society for Gay Culture said.

One of the victims, an activist for the anti-homophobia student group Luiss Arcobaleno, suffered a fractured nose and multiple bruises in the attack. His companion sustained less severe facial wounds.

The two Italians were subjected to “homophobic insults, kicks and punches, by two tourists, probably Russian,” the society said in an online statement, adding that the aggressors escaped before police arrived.

The victims said they thought their attackers were Russian based on their accent, the Mario Mieli Society told The Local.

The attack comes as Russia faces mounting pressure over a law signed by President Vladimir Putin last June, which bans the dissemination of information about homosexuality to minors. Some activists claim the law is part of a wider crackdown against gay people and has fuelled homophobic attacks.

The debate over gay rights in Russia will likely reach fever pitch in February when the country hosts the Winter Olympics, to be held in the city of Sochi from February 7th to 23rd.

A number of athletes have already protested against the Russian law. Last year, Swedish athletes at the World Athletics Championships in Moscow painted their nails in rainbow colours, as part of a silent protest against the legislation.

More recently, the former German footballer Thomas Hitzlsperger came out as being gay and said more people should join him in criticizing intolerant governments.

“The Olympic Games in Sochi are approaching and I think it needs critical voices who will speak out against the campaigns run by several governments against homosexuals,” Hitzlsperger said last week.

READ MORE: Hitzlsperger: 'Why I decided to come out'