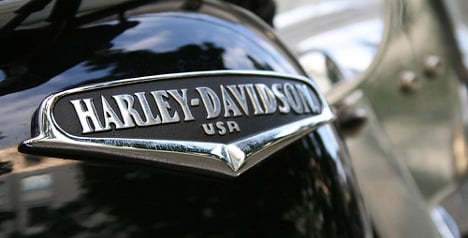 The bike, which has the pontiff's autograph on its tank, will be sold off at the Grand Palais in Paris on February 6th, Bonhams auction house said in a statement.

The 1,585c Harley Davidson Dyna Super Glyde was a gift to the pontiff from the American company to marks its 110th anniversary at a biker rally in Rome.

It is unclear whether the Pope actually rode the bike before donating it to Caritas, the Roman Catholic charity.

The bike is expected to fetch up to €15,000 at auction, with the proceeds going towards the renovation of the charity's Don Luigi di Liegro hostel and soup kitchen based at Rome’s Termini railway station.

Since being elected in March, the humble Pope Francis has made an impression with his symbols of modesty, travelling in an old Fiat instead of the Mercedes-Benz Popemobile and eschewing a lavish apartment for a basic guesthouse.