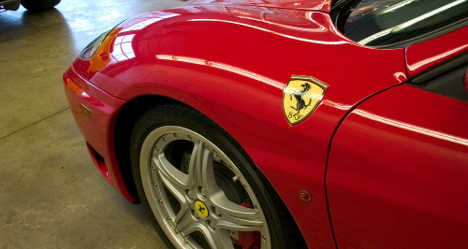 5,300 graduates from around the world applied for Ferrari's internship programme. Photo: The Pug Father/Flickr

But just 96 have made it through to the final round.

Competition to find out who, among those, has the 'F-Factor' will be fierce: most of the applicants reportedly have top grades from some of the world's best universities such as the UK's Oxford and Imperial College, Stanford University in the US and the Paris, Turin and Milan Polytechnics, Corriere reported.

The lucky five selected will undertake a six month internship before taking up a full-time job contract at Ferrari, which will run for an unspecified time period.

But this time the surge in applications was less about the economic crisis and more about the prestige of the employer. Ferrari has previously earned the title 'Best Place To Work in Europe' from the Financial Times, and employees enjoy perks including fitness programmes, family benefits and language lessons.

Selections were rigorous, with Ferrari requiring graduates to have excellent academic results, fluency in English, a willingness to learn Italian, extensive internship or project experience including at least 12 months outside their country of origin.

After online interviews over the coming weeks, the best candidates will be invited to a final two-day application process at the Ferrari headquarters in Maranello, with the chosen five taking up their positions in March.