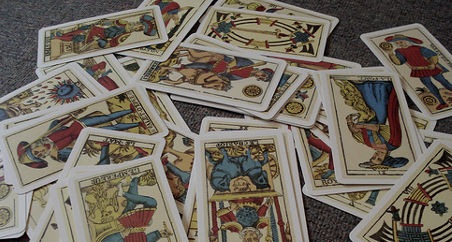 Fortune tellers and psychics seem to be among the lucky few people benefiting from Italy’s economic crisis, raking in an estimated €8.3 billion from the black economy during the first six months of 2013 alone as an increasing number of Italians call on them for assurance in times of need, according to the Codacons report.

An estimated 13 million people sought help from psychics and a myriad of other 'occult' specialists in 2013, a rise of one million since 2011.

They pay anything between €50 and €1,000 for a consultation – mostly in cash – but also through ‘payments in kind’, such as with food or jewellery, which is later sold.

The reasons behind it range from a job loss and matters of the heart to health concerns and fear about the future.

Many are business executives or entrepreneurs seeking guidance on how to navigate the economic crisis, Codacons said.