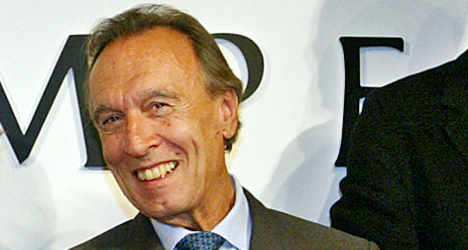 Claudio Abbado was music director of La Scala from 1968 to 1986. Photo: Toru Yamanaka/AFP

Abbado, who had been ill for several years, was far from the stereotype of tyrannical maestros and made hundreds of recordings, spanning from Italy's lyrical repertoire to classical music of the 20th century.

"This is such a painful moment. I can't speak," said a tearful Attilia Giuliani, head of the Abbadiani fan club in Milan, who said she first saw the conductor perform at the San Carlo opera house in Naples in 1988.

Abbado, who was appointed senator for life in Italy last year and had given over his salary for scholarships for young musicians, had been forced to cancel several recent performances and appearances.

Born on June 26th 1933 in Milan in a musical family, Abbado began his studies in his hometown and completed his training with Hans Swarowsky in Vienna from 1957 at the start of a long love story with Austria.

Abbado was a convinced European and global citizen.

The maestro started out at La Scala in 1960, where he was widely praised for his performance of Giacomo Manzoni's opera "Atomtod" in 1965 and he served as musical director of the celebrated theatre until 1986.

Abbado was a leftist and gave concerts in factories and schools, trying to open up the classical music world.

From 1971, he also became a regular at the Vienna Philharmonic and he conducted the London Symphony Orchestra between 1979 and 1988, where he was praised for concerts of his favourite composer Gustav Mahler.

He was also musical director of the Staatsoper in Vienna between 1986 and 1991 and he received the prestigious title of musical director general of the Austrian capital – "Generalmusikdirektor".

He was elected head of the Berlin Philharmonic by its members in October 1989 after the death of Herbert von Karajan and established an excellent rapport with the orchestra where he worked until 2002.

"I am not their boss, we work together," he used to say.