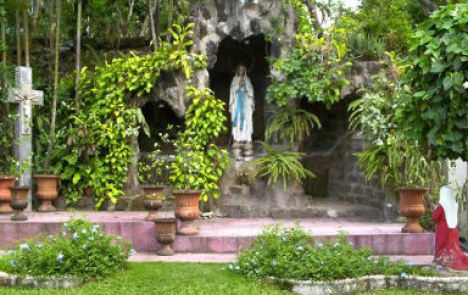 Biago Conte says he can walk again after a trip to Lourdes. Photo: Wikipedia

Biago Conte, who founded Hope and Charity, a centre in Palermo that houses homeless people, refugees and others marginalized from society, says the ‘miracle’ happened following a visit to Lourdes, in southern France, last year.

Conte told SiciliaNews24 that he was initially reluctant to travel to the holy shrine due to health problems. But when there, he took a dip in the holy water baths.

“I’m not making any of this up, I even let other sick people go first,” he said.

“Then I decided to go in, and straightaway it felt as if there was a fire inside of me, which allowed me not only to walk, but to run towards the many people calling me.”

For years, Conte had suffered from a crushed vertebrae, which prevented him from moving, and other blood circulation problems that caused his feet to swell, Father Pino Vitrano, a priest who helps run the Hope and Charity mission, told SiciliaNews24.

“After taking the bath, I no longer need the wheelchair, said Conte.

Before suffering from spinal problems, Conte walked from Palermo to Assisi as part of a pilgrimage in 1990.

After returning to Sicily in 1991, he decided to devote his life to what he called “the last brothers”.

The son of a businessman, Conte lived inside Palermo’s train station for a couple of years, distributing food and blankets to the homeless, before convincing the city’s authorities to hand over an abandoned hospital to accommodate homeless people and others in need.

This is the second Lourdes ‘miracle’ of an Italian to be reported within the past year. Last July, the recovery of a woman from northern Italy from severe hypertension became the 69th such cure to take place at the shrine.